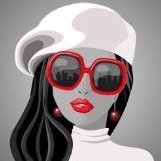 By Lulu_spector
March 28 in Ask a Lawyer