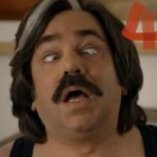 By StephenToast,
June 6 in Ask a Lawyer