Top 10 reasons TO go to my school 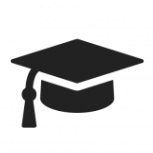 By QueensGrad,
June 7, 2021 in School Comparisons

I don't mean to sound like a jerk as I am genuinely sorry that you had a shitty time on QLJ, but you using "bit waist" instead of "big waste" while complaining about what was presumably an editing pos

I remember from the old website someone mentioning how the U of A law building can withstand a nuclear weapon attack, and so you can focus more on your schoolwork without much worry about the radioact