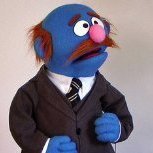 By knowingnothing
January 23 in Queen's University