By SNAILS,
January 8 in Students General

I despised mandatory participation. Listening to people talk in order to collect participation marks or a satisfy a prof’s demand didn’t make for interesting or valuable discussion. Good discussion wa 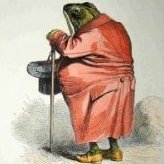 Yeah, I expect most of the desire not to have the cameras on is non-equity related. A lot of low-stakes student complaining, in which case let the prof decide how to run his class. Then again, st